Social Media and Politics: Should they be separated? 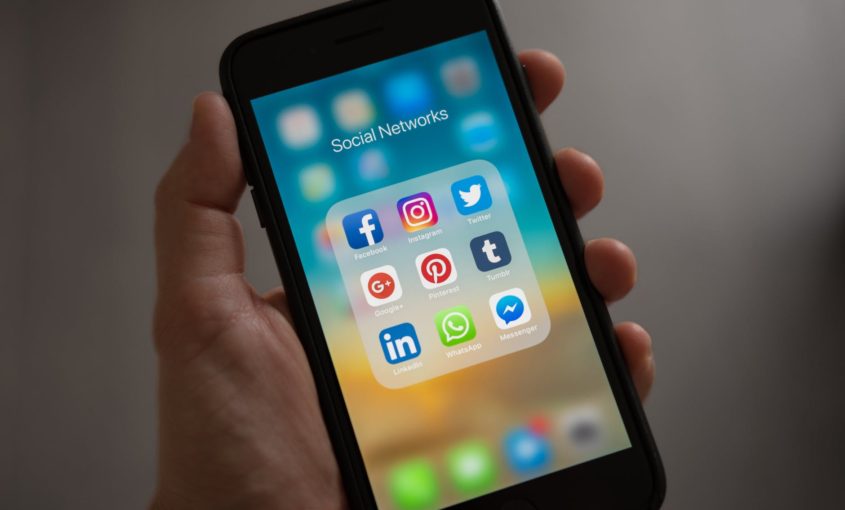 Social Media and Politics: Should they be separated?

On November 3, 2019, Twitter’s CEO Jack Dorsey made an announcement confirming twitter’s stance on the heatedly debated issue of policies in regards to advertisements (ads) with political content.  The stance is quite clear and it follows that of other social media platforms such as LinkedIn, TikTok and Pinterest: the ban of all ads with political content. 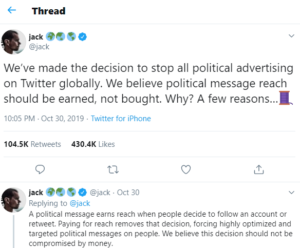 However, not everyone is eager to accept these acts from social media platforms as goodwill towards making the world a more democratic and safe place for voters and the public in general.

Nigel Gwilliam, head of digital at U.K. agency trade body of “the Institute of Practitioners in Advertising”, has come forward with the following statement:

“I don’t believe these businesses have banned political ads for the greater good of society as their primary motivation. You can imagine Dorsey, having watched the knots other tech leaders were tied up in, in front of the U.S. senators recently, not wanting to be in that position.”

It seems that Gwilliam, as well as millions of others, have watched the viral video of Alexandria Ocasio-Cortez, an American politician and activist who serves as the U.S. Representative for New York’s 14th congressional district, questioning Mark Zuckerberg about Facebook’s new policies about political ads and have come to the conclusion that no one else would like to be in Zuckerberg’s position anytime soon, thus why Twitter is now banning all ads with political content.

In the aforementioned video, Ocasio-Cortez heatedly questions Zuckerberg’s new Facebook policies about political ads, which can be summed up to this:  Facebook is not going to keep checking the content of political advertising. He then concludes with a statement of “I think that lying is bad” but then explains that the public should be able to see who lies to them.

What does banning political ads cost the platforms?

According to an article posted on Digiday (Joseph, 2019), this gesture costs little to twitter while at the same time creates a better name for the platform as a whole. Twitter barely made any money from political advertisers (there were only 21 during Dorsey’s decision) according to its transparency report, while surprisingly none of them had bought ads during the EU parliamentary elections.

The Atlantic (Friedersdorf, 2019) then reports how refusing to ban or at least regulate Facebook’s political ads can lead to changing votes which on its turn can change the outcome of the lives of millions. Let us not forget the new dangers of [political] advertising such as “machine learning-based optimization of messaging and micro-targeting, unchecked misleading information, and deep fakes”.